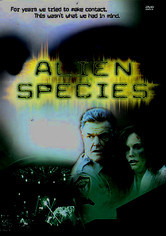 1996 NR 1h 32m DVD
As alien mother ships ominously orbit Earth, Prof. Edgar Chambers (Hoke Howell) tracks the extraterrestrials and tries to discover their intent. Meanwhile, Sheriff Nate Bridges (Charles Napier) and two deputies are transferring inmates to another prison when the aliens attack, abducting Earthlings in the process. Bridges and the other men seek refuge in a cave -- only to find themselves in the invaders' control center in this sci-fi- thriller.