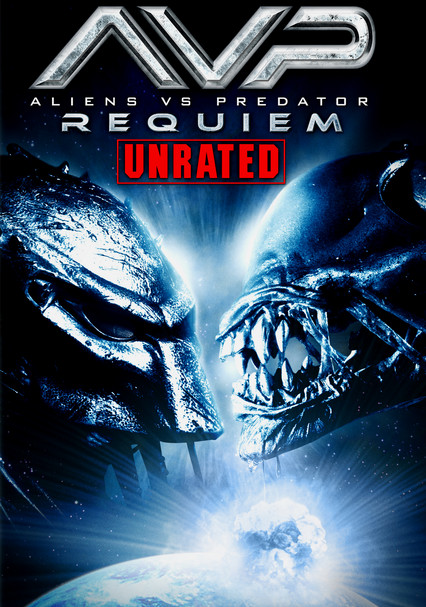 2007 UR 1h 40m Blu-ray / DVD
Prepare for more mayhem as warring aliens and predators return for Round 2 of their no-holds-barred slugfest. This time, the intergalactic creatures do battle in a small American town, throwing local residents into harm's way. To save the planet, the humans must oust both types of unwelcome guests. This sci-fi sequel features tons of spectacular action sequences full of nifty new gadgets and gooey monster gore.

Parents need to know that this violent sci-fi action sequel is loud and gory, with multiple exploding chests and heads; lots of mangling, penetrating, and acid-burning; bloody injuries; screaming children; and gross-out assaults. There's a bit of cleavage, a scene that lingers on a girl's skimpy-underwear-clad bottom, a bit of drinking, and references to being stoned. Language includes repeated "f--k"s, plus other profanity.

Some women's T-shirts show cleavage. Brief flirtation between teenagers leads to her invitation to "go swimming": she removes her top to reveal lacy black bra and boy-short underpants; they kiss passionately, interrupted first by bullies, then aliens.

Typical Aliens-style violence includes chests exploding, teeth ripping flesh, acidic blood burning human faces. Standard Predator business includes hunting prey, shooting with lasers. Several scenes stand out: A small boy watches his father get attacked by an alien and cries in terror; the father's arm falls off, and after the boy is also attacked, both of their chests explode to "birth" toothy, hissy little aliens. A small girl sees her father assaulted by an alien who crashes through her bedroom window and rips him up. An alien enters the pregnancy ward, sucks babies out of women, and implants its own babies inside; a later scene shows their bellies bursting open bloodily to reveal little aliens. Other images include a space ship crashing, heads blown off or shot through with Alien's penetrating jaw, a girl pinned to a wall by Predator's throwing star, bullies hitting and kicking Ricky, shooting at the aliens that produces blood and burning flesh, and blood all over. Alien-Predator fights feature punching, kicking, biting, shooting, throwing bodies against/through walls. Nuclear explosion kills some protagonists.

A couple of scenes show protagonists in a bar with drinks. Two clerks in a sporting goods store admit to being "stoned."