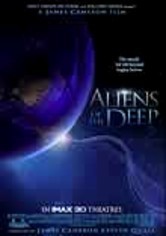 2005 G 0h 47m DVD
Joined by a squad of NASA scientists and marine biologists, director James Cameron trains his lens on volcanic vents deep in the ocean, where cameras uncover a slew of unthinkable creatures -- from stomachless, 6-foot worms to sightless crabs.