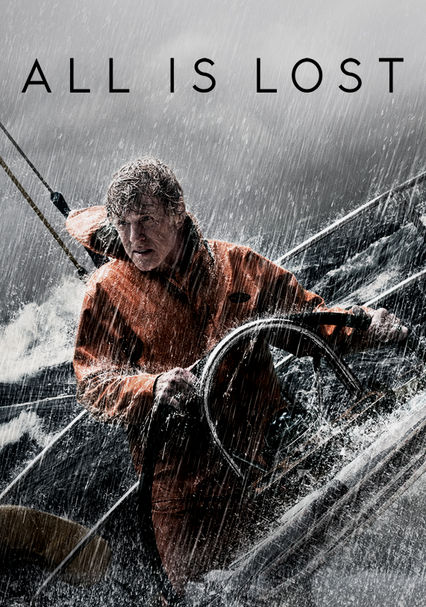 2013 PG-13 1h 46m Blu-ray / DVD
In this harrowing drama -- which has no dialogue -- Robert Redford portrays a man stranded alone at sea, courageously battling a ferocious storm as he struggles to survive with just a sextant and maritime maps to guide him.

Parents need to know that All Is Lost is a lost-at-sea survival movie with only one actor (Robert Redford) and barely any dialogue. It has one pointed use of the word "f--k," which, in addition to the intensity of the main character's peril throughout the movie, is the main concern for parents. We see a bloody head wound, which the character treats and bandages himself, and we see the character drinking what looks like whisky in an early scene.

The character receives a bloody head wound after a brutal storm at sea. He treats and bandages himself. Overall, the movie is fairly intense, with violent storms thrashing at the poor, crippled ship, and the promise of death looming at every turn.

In a movie with barely any dialogue, the character yells "f--k!" -- one time -- at the heavens. There's also a moment when he mutters something under his breath that starts with "sh--," though the entire word is not audible.

A lone character is faced with a supreme challenge when his ship is damaged in the middle of the ocean. He battles storms and other adversities, using all of his knowledge and skill in an attempt to survive. A subtle message about global consumerism as a shipping container full of sneakers damages the man's boat.

The character drinks what looks like whisky in an early scene. No signs of drunkenness or dependency.