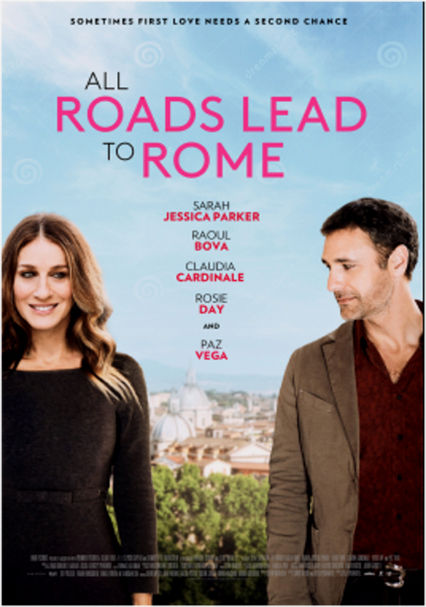 2016 PG-13 1h 30m DVD
New Yorker Maggie takes her teenage daughter to the Tuscan village where she spent time in her own youth. Their floundering mother-daughter relationship worsens, however, when the mother of an ex-lover absconds with their car.

Parents need to know that All Roads Lead to Rome is a vacation romcom starring Sarah Jessica Parker as a single mom who travels to Italy with her edgy teen daughter (Rosie Day). There's some social drinking (including by the teen), recreational marijuana use (by both the teen and an elderly woman), and infrequent swearing ("bitch," "s--t," etc.). The romance includes a few passionate kisses but doesn't get too heavy -- that said, there are also references to the teen's unhealthy relationship with a criminal. Despite some of the movie's iffy content, there are ultimately positive messages about parent-child relationships.

Physical comedy: A couple of falls and near car crashes.

A little social drinking; a joint passed between an elderly woman and a young woman. Discussion of a man's drug crimes. A teen drinks wine and smokes cigarettes, as does an older woman.