All of a Sudden 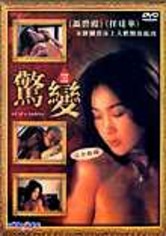 All of a Sudden

1996 NR 1h 39m DVD
When a young woman is found dead in an apparent suicide, her husband immediately pins the blame on a rich businessman whom he believes had an affair with his wife. The husband plans revenge by kidnapping the businessman's mistress, but when the husband begins his own affair with his hostage, it puts a new wrinkle in his dubious plan.