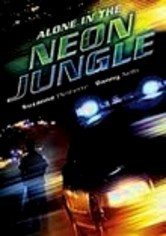 1988 NR 1h 32m DVD
After the police chief (Danny Aiello) transfers streetwise cop Capt. Janet Hamilton (Suzanne Pleshette) to a crime-ridden district dubbed "the Sewer," she begins to suspect the area is a hotbed of police corruption. And her investigation into a sergeant's murder reveals some shocking truths about her own colleagues. Directed by Georg Stanford Brown (who also has a small role), this gritty crime drama co-stars Frank Converse and Jon Tenney.