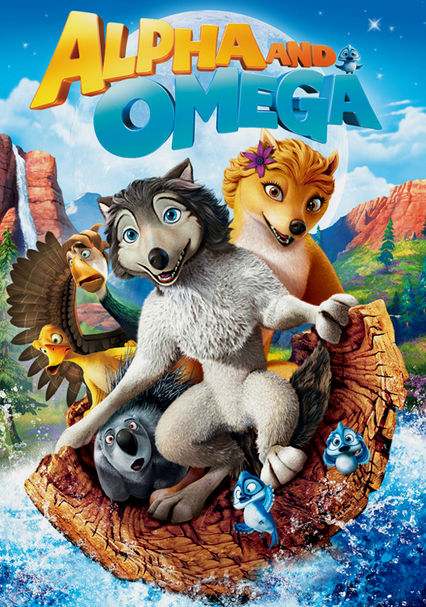 2010 PG 1h 18m Blu-ray / DVD
When park rangers capture ambitious alpha wolf pup Kate and carefree omega wolf pup Humphrey, the two end up in a strange land a thousand miles from home and must find their way back while battling bears, porcupines and each other.

Parents need to know that this 3-D animated animal adventure (which stars the voices of popular actors Hayden Panettiere and Justin Long) includes many allusions to romance and even some sexually tinged double entendres ("was it good for you?" after howling, etc.) -- which younger kids won't understand, but tweens and teens probably will. While there's not much in the way of language, the movie does feature a few violent scenes in which snarling wolves are about to attack each other and one sequence in which the main wolves have to run away from angry bears chasing them (all of which iis made more intense by the 3-D). On the plus side, there's a girl empowerment theme and a positive message about marrying for love rather than duty, but families sensitive to innuendo may be put off by all the grown-up references.

Lots of sexual innuendoes and jokes that will go over very young kids' head but that worldlier tweens may understand. For example: "was it good for you" after a male wolf shows off his howling skills; "check out her moves"; "she's hot"; "you can't 'howl' together"; and a drawn-out gag about an "alpha" male's limp, unimpressive howl. There are also continuous jokes about who can mate (although the word is never used as a verb) and why alphas and omegas can play together as kids but can never be together (it's the "law of the pack").

A few scenes show snarling wolves posing aggressively, like they're about to attack. In one case, it's just a couple of wolves versus a couple of wolves, but toward the end of the movie, it's two entire wolf packs about to go to war, and they look fierce and frightening. Humphrey and Kate have to evade three angry bears. A stampede nearly kills some wolves (but they're saved). The mother alpha makes humorously off-putting threats about ripping anatomical parts off and shoving them down throats. The 3-D version of the movie makes these potentially frightening images more intense for younger viewers.

Kate's character shows that the alpha female is powerful and important to the pack; she's not secondary just because she's female. Marrying for love is demonstrated as the ideal and is presented as more important than marrying for familial duty or societal obligation (though selfless Kate is willing to do whatever is necessary to unite the packs). Kate and Humphrey and Lily and Garth also teach kids that you should base friendships and relationships on personal compatability rather than cultural status or popularity.