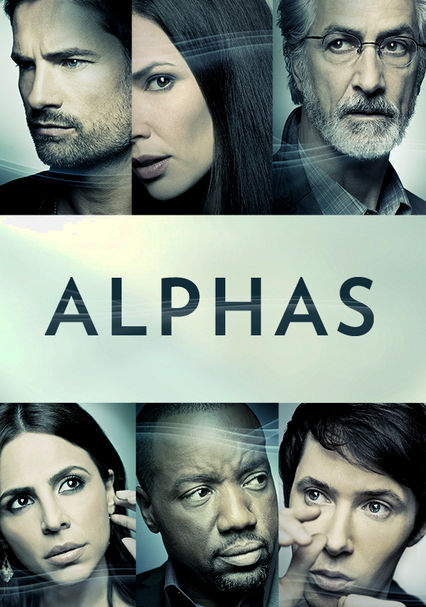 2011 NR 2 seasons
A team of individuals gifted with extraordinary neurological abilities is tasked with solving a series of high-profile crimes. Among them are an autistic man whose mind works as fast as a computer and an FBI agent with super strength.

The first season of this sci-fi action series follows a team of citizens with special powers -- individuals known as Alphas -- who use their talents to track criminals and solve crimes involving other Alphas, whom the U.S. government can't touch.

Dr. Rosen and his Alphas -- humans with enhanced strength, cognitive abilities or other traits -- fight the Red Flag in Season 2. The team is about to find out that battle lines aren't as clear as they thought, and allegiances will be tested.

Parents need to know that this hour-long science-fiction drama features consistent moments of violence, with occasional blood. With the focus of the show on crime solving, expect to see dead bodies, elaborate chases, some gun use, and some intense physical fights. The series is best for teen and up and does have some strong positive messaging about embracing what makes you unique and using exceptional abilities for the benefit of humankind.

Because the show revolves generally around solving unusual crimes, there are frequent moments of physical violence, but little blood. One episode features a sniper shooting that ends in a visible gunshot wound and slight bleeding. A lead character's superpowers involve the use of extreme brute force, often resulting in particularly violent physical altercations.

Though there is no frequency to it, there are occasional words like "damn" and "balls."

The investigators utilize supernatural methods, but still employ traditional problem solving skills. They are dedicated to protecting others and generally serving the good of humanity.