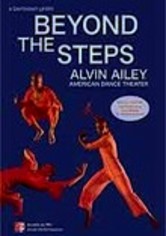 2006 NR 1h 26m DVD
Documentarian Phil Bertelsen goes behind the scenes at the Alvin Ailey American Dance Theater, home to one of the nation's most inventive and influential dance companies, as it takes its first steps into the 21st century. Following the troupe from rehearsal in New York City to a tour in Russia, Bertelson's camera also offers a glimpse into the ensemble's lives and passions as they again redefine American dance in their new ballet, "Love Stories."