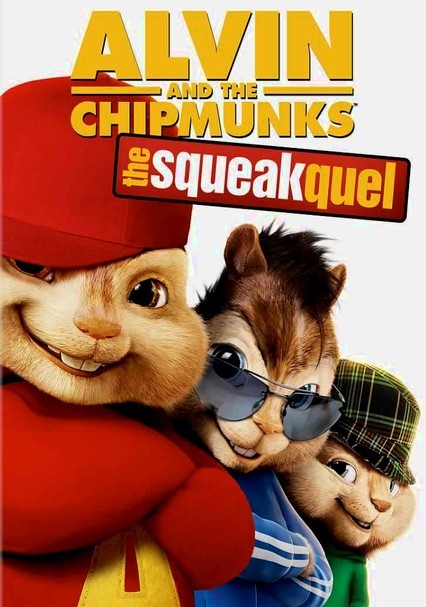 Parents need to know that Alvin and the Chipmunks: The Squeakuel is low-key, amusing entertainment for both parents and kids, with a mix of verbal and slapstick humor and only a few crude jokes. With the introduction of girl Chipmunk group The Chipettes comes some flirting and suggestive hip-wiggling (similar to that of sexy starlets like Beyoncé and Shakira), which -- along with the infrequent use of phrases like "junk in the trunk" -- makes this sequel a little edgier than the original. But overall the movie focuses on family, togetherness, and acceptance and deals positively with school and peer pressure. Though the issue of body image comes up (at times, Theodore's weight is called to attention, as is that of his female counterpart, Eleanor), ultimately the message is one of liking yourself for who you are.

The Chipettes perform their act with some suggestive hip-wiggling. The boy chipmunks and the girl chipmunks all develop crushes on one another, but nothing more than some googly eyes and a bit of mild flirting results (in one scene, Eleanor trips and falls into Theodore's arms). Among the human characters, Toby has a crush on a former schoolmate, but he's too shy to act on it. They hug at the end.

Theodore develops a fear of being scooped up by an eagle, and there's some scary eagle imagery, but he eventually overcomes his fear. The movie has a jock bully in the high school scenes (with a couple of toilet "swirly" scenes), and there's an evil talent agent who locks his chipmunk clients in cages (though the scenes are all ultimately meant to be funny). Theodore feels alone and sad when Alvin and Simon argue, but the movie usually ends these moments with a humorous note.

Use of cruel comments. Some uses of the word "butt," and some "fat" jokes -- like "junk in the trunk." One character calls another one a "big jerk."

Alvin learns to overcome his arrogance and need for acceptance -- i.e. joining the football team -- and fulfill his responsibilities to his family. Alvin's brothers refuse to perform without him because their act has always been about teamwork rather than any individual. Eleanor begins to feel bad about her body image but learns to accept herself the way she is. The evil talent agent and school bully are both humiliated as punishment for their behavior. The movie portrays video games as a means to avoid social interaction and family time.

Featured brands/products include Apple computers and iPhones, FedEx, YouTube, and Animal Planet. Characters also spend some time playing Wii (though the movie's attitude toward playing video games is that it's a waste of time).