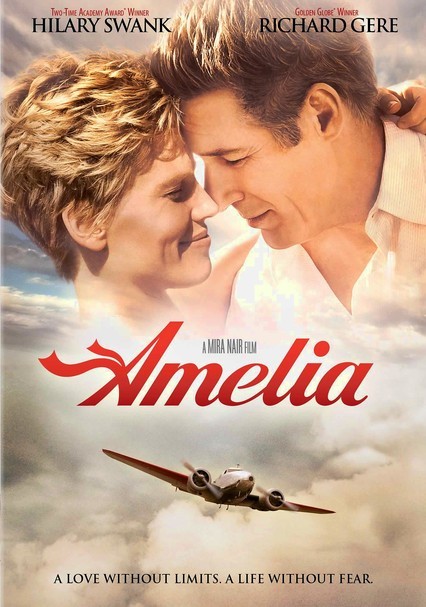 Parents need to know that this biopic about iconic female pilot Amelia Earhart (played by Oscar winner Hilary Swank) has a strong female role model for preteen girls and older. Although the film addresses Earhart's tumultuous personal life (including issues related to fidelity and fame), it also offers empowering messages -- throughout the film, Earhart is portrayed as a true champion of a woman's right to take flight and "be free." Expect some kissing and underwear-clad cuddling, an affair, a fair bit of smoking (accurate to the era), some social drinking, and a little salty language ("ass," "hell," and the like).

Passionate kissing; a married woman has an affair; some discussions about having a marriage in which fidelity may not be a necessity. A man propositions a woman, hinting that she's the kind who doesn't respect her marriage. A man and a woman cuddle; they lounge in their underwear and lingerie.

Some turbulence in the air. Black-and-white footage of a plane crash (not serious).

The movie has positive take-aways about being brave and following your dreams; as Earhart says to a child, "Look your fear right in the face." It's a character-building exhortation that still resonates today. The film also raises issues related to "celebrity culture," as Earhart's iconic status is engineered by her marketing genius of a husband.

Social drinking in restaurants and bars. One man is described as having a drinking problem. A good bit of smoking (accurate for the era); Earhart somewhat reluctantly agrees to an endorsement deal with Lucky Strike brand cigarettes (though she herself isn't a smoker).