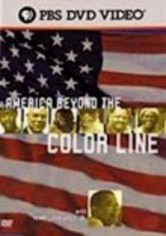 2004 NR 3h 45m DVD
Prominent literary critic and scholar Henry Louis Gates Jr. explores the status of black America at the start of the 21st century in this documentary. Gates travels to the East Coast, the Deep South, inner-city Chicago and Hollywood for a close look at the current issues facing today's black communities. He interviews everyday African Americans as well as influential leaders and celebrities including Colin Powell, Maya Angelou and Morgan Freeman.