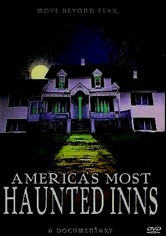 2004 NR 1h 0m DVD
Travelers rely on inns that line the byways and highways of the country to rest their weary heads after a day on the road. But in some places, an eerie hospitality awaits, as they share quarters with the spirits that have refused to move on. This chilling documentary visits some of the most haunted inns in America, including a house where maids from colonial times clean the rooms and a hotel that used to be part of the Underground Railroad.