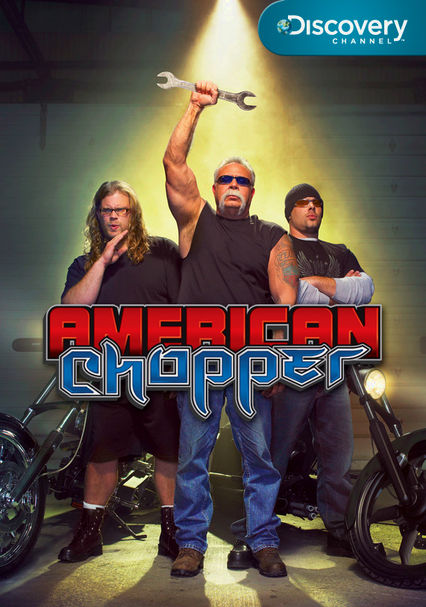 2003 TV-PG 2 seasons
The Orange County Choppers shop never ceases to turn out incredible creations in this hit reality series that gets its kick from interactions between the company's colorful patriarch, Paul Teutul Sr., and his namesake son, Paul Jr. Episodes find the pair crafting custom motorcycles for celebrities like Will Smith, Lance Armstrong and Jay Leno, and sparking the occasional family argument to keep things interesting.

Father-and-son mechanical gurus and motorcycle masters Paul Teutul Sr. and Paul Jr. return for yet another season of their hit Discovery Channel show. This time around, the duo and their crew try to create a handy chopper for Snap-On Tool; a bike that pays homage to their beloved New York Jets; another model inspired by the men and women of the military; a Christmas chopper for a Jolly Old Elf; and more. Plus, bike fanatic Jay Leno pays a visit.

The Discovery Channel's hit reality show follows the volatile Teutul clan -- composed of patriarch Paul Senior and his sons, Paul Junior and Mikey -- as they run the family business in Rock Tavern, N.Y., designing custom rides for celebrities such as Will Smith and Lance Armstrong. With plenty of tight deadlines, explosive arguments and father-son camaraderie, the third season at the Orange County Chopper Shop is anything but routine.

Parents need to know that because this show documents the creation of custom motorcycles, it includes a lot of information and technical terms that most viewers probably won't understand. But there's still a lot of fascination to be had in watching such elaborate projects come together. Pauls Jr. and Sr. often irritate each other and share loud exchanges of some choice words, many of which have to be bleeped out. But it's obvious that each ultimately respects the other and that both think highly of their staff, with whom they share mostly good relationships.

There's some casual rough-and-tumble among the guys, but it's all play, and no one gets hurt.

The series focuses on the work that goes into building custom motorcycles, but in later episodes this is sometimes overshadowed by the growing tension between father and son.

OCC obviously gets a lot of publicity from the show. The crew often works on creations with themes like Spider-Man or Wendy's, and marketing logos are prominent during those episodes.