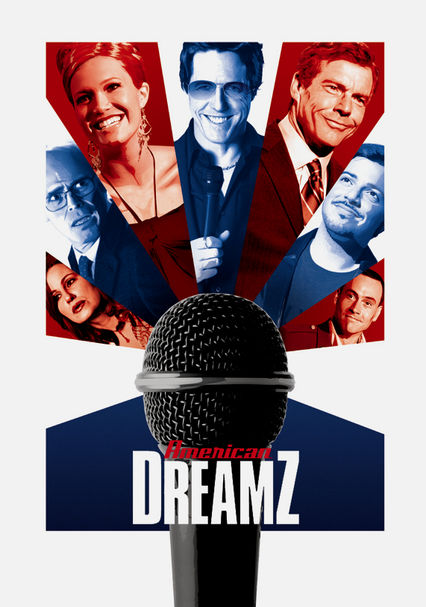 2006 PG-13 1h 48m DVD
For the first time in four years, President Staton picks up a newspaper and becomes a virtual hermit as he begins questioning his narrow worldview. To get him back in the limelight, his chief of staff books him as a guest judge on a TV talent show.

Parents need to know that this satire pokes fun at President Bush, American Idol, and Western fears of terrorism (the would-be presidential assassins here are "Arabic" and comic). The film makes the TV show and the presidential administration look equally dishonest. A character cheats on her fiancé. Characters make fun of "white trash." Terrorists carry and fire guns, and plan a suicide bombing; one terrorist says he enjoys torturing people; another character blows himself up to protest his girlfriend's betrayal (you don't see explosion or deaths). In Iraq, a character is barely shot (grazed) and sent home on his first day. Characters drink beer and wine, and the First Lady takes pills for depression.

Couples kiss (Sally and William, and then, Sally and Martin -- they go on to have sex in her dressing room, offscreen, though witnessed by William); Omer is called "Omersexual" some song lyrics refer to sexual activity (including "Superfreak" and a made-up song, "Let's get raunchy tonight"); Iqbar is stereotypically gay.

Terrorists appear in a training video (learning to shoot); a terrorist breaks someone's arm; terrorists plan a suicide bombing; a U.S. soldier in Iraq is shot in the arm and sent home with his arm in a sling; an explosion ends the film, but you don't see it or any bodily effects, only learn that characters have been killed.

Unlit cigar; beer and wine-drinking (some as background, in a bar); references to the First Lady's "happy pills," which she has her husband take as well (presumably, a mood-elevating prescription).