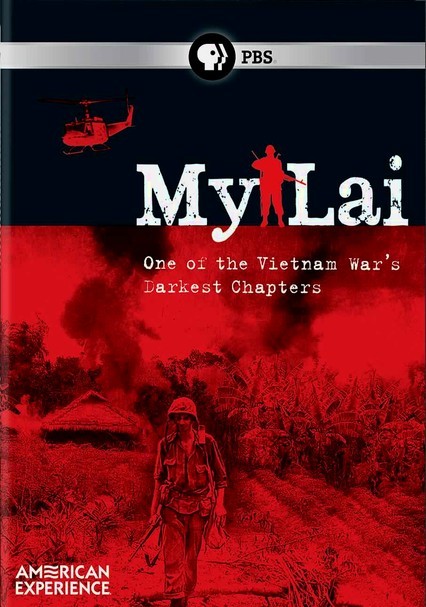 2010 NR 1h 30m DVD
In this edition of the critically acclaimed "American Experience" series, Oscar-nominated filmmaker Barak Goodman reopens the investigation into the infamous My Lai massacre, a Vietnam War-era atrocity that killed more than 300 unarmed civilians. Complemented by 400 hours of newly discovered audio recordings that shed light on what happened on the ground, Goodman's Emmy-nominated film includes first-person accounts from the participants and other eyewitnesses.

Parents need to know that this PBS documentary series is committed to educating the public about events in American history. To that end, episodes are commonly used as supplemental teaching tools in schools and other educational settings. Parents should also know that some installments deal with mature subject matter and include strong language and graphic descriptions of events and behavior, making the show better suited to older tweens and teens than young children.

Some episodes may discuss issues of a sexual nature. These discussions are in context and aren't salacious in nature.

While the subject matter may deal with violent events, such as wars, no real/active violence is shown.

The series' goal is to provide a positive educational experience about various aspects of American history. It doesn't aim to teach values, but rather to simply document the values of others. It also brings attention to people who are normally not given recognition for their pioneering efforts, including women and racial/ethnic minorities.

Drugs, alcohol, and tobacco products are sometimes visible (as part of the documentation of events) in some episodes. Addiction and drug/alcohol related deaths are sometimes discussed.