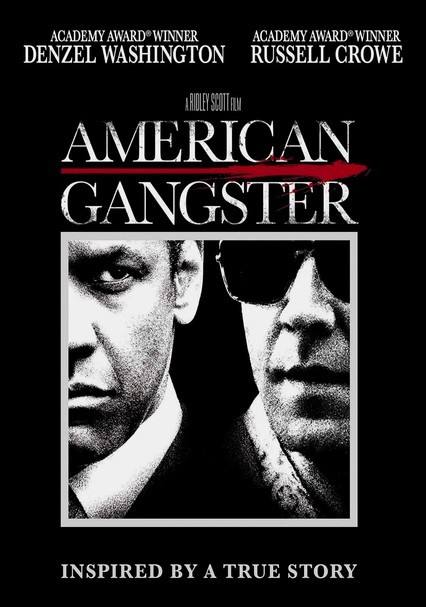 Parents need to know that this based-on-a-true story drama about a brutal 1970s gangster isn't for kids. He commits extremely violent acts, which are depicted explicitly (often with guns) and accompanied by blood, wounds, and groaning. And since the plot focuses on heroin smuggling and dealing, there are many shots of junkies and drug use (including needles in arms, cocaine being snorted, and more). Sexual content includes scenes with prostitutes, kissing, bare breasts, and cleavage, and there's plenty of language, including almost 100 uses of "f--k."

Prostitutes stroll New York streets. Dancers in a Bangkok bar show cleavage and sexy behavior. Women's naked breasts are visible as they work to process drugs. Brief, rowdy sex scene in a kitchen; a couple of scenes show kissing (Richie with a stewardess). Men appear in bars and clubs with multiple girlfriends and sex workers who show cleavage in tight outfits. Frank and Eva kiss passionately, though the act is mostly covered up by her long hair. Frank is massaged by a woman naked from the waist up.

Several scenes show shooting, fighting, and tense stand-offs between men wielding large guns. An early scene shows the funeral of gangster's mentor, followed by vows of aggression against rivals. Clips of the Vietnam War appear on background TVs. Cops raid drug locations, with guns drawn and used. A man is thrown down the stairs, with bloody results. Following a shooting, there's blood on the floor and walls. Frank coldly shoots a man on the street (hole in head visible). Flashback shows Frank shooting someone while saying he's a "gentleman." Frank beats a man at a party in his home, then blows up over the blood on his white carpet. Skeet shooting; brief shots of a boxing match.

Gangsters are cruel, cocky, and greedy; cops are earnest and honest to a fault. Their run-ins result in violence and, eventually, collaboration.

Pervasive drugs (opium, heroin, pills, marijuana, cocaine) and drinking. Nixon appears on TV, denouncing "drug abuse." Drinking in bars (some in Southeast Asia, where the atmosphere is decidedly seedy), at parties, on the streets, and in hotel rooms. Frequent cigarette and cigar smoking (reflecting the 1970s setting). Images of heroin transportation (by sacks and bricks), production, and use; needles shown on tables and in arms (a bloody needle in one shot); cocaine and heroin snorting.