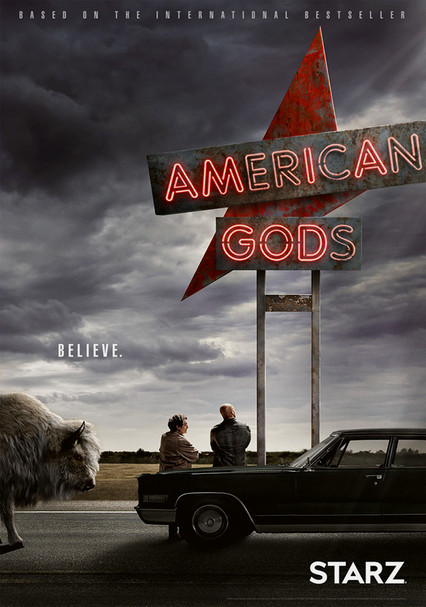 2017 TV-MA 2 seasons
With the gods of mythological and biblical origins being replaced by the modern worship of media, technology and money, a Norse deity posing as a con man enlists the aid of a newly released inmate to gather the old gods for battle.

When he goes to work for Mr. Wednesday, ex-con Shadow Moon has no idea that the man he's guarding is really the Norse god Odin. Soon, Shadow is involved in a mission to recruit Odin's contemporaries for an all-out war with the gods of the modern age.

The battle between Old Gods and New Gods continues, with Mr. World plotting revenge against his attackers, Shadow making the case for a full-scale war on the New Gods, and deities old and new heading for a showdown in Cairo, Illinois.