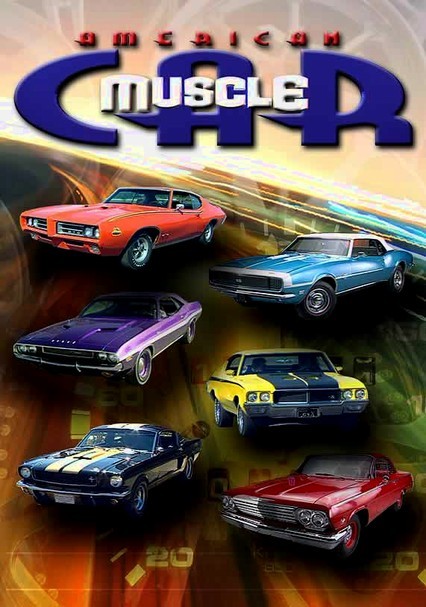 1998 NR 2 seasons
Strap in for a wild ride with this television series that showcases the hottest, fastest, most souped-up cars in the U.S., from assembly-line standards such as the Chevy Camaro to rarer models like the Dodge Viper. Featuring interviews with automobile designers and muscle car enthusiasts, this show also examines the production history of dozens of hot rods, including the Ford Thunderbird, the Shelby Mustang and the Buick Gran Sport.

The creation of the 1964 Pontiac GTO kicked off a time in the nation's history when Detroit was the undisputed king of extreme automobiles, and this collection reviews some of the finest cars of the era. Get a peek under the hood of some of the most ostentatious vehicles to ever hit the streets, including the Pontiac Firebird Trans Am, Dodge Daytona, Buick Regal GNX, 427 Cobra, Ford Fairlane GT, Plymouth Superbird and the Chevrolet Corvette.

Midsize cars with large powerful engines built for superfast acceleration characterized the muscle cars that were a highly visible fixture of American roadways during the mid-1960s and '70s. Season 3 of this popular series profiles a slew of them, including the Ford Thunderbird, Dodge Viper, Plymouth Roadrunner and many more. Each 30-minute episode showcases one legendary muscle car, from the classic era up through contemporary incarnations.