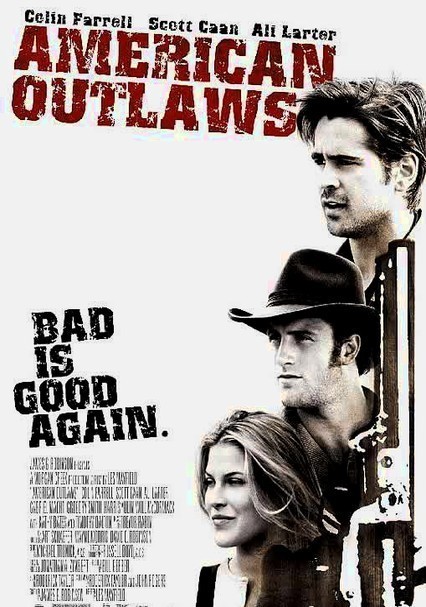 2001 PG-13 1h 34m DVD
When a corrupt baron forces homesteaders off their land to build a rail line, Jesse James (Colin Farrell) and Cole Younger (Scott Caan) take the law into their own hands and embark on a spree of bank robberies and vandalism aimed at paralyzing the railroad. But they'll have to elude the pursuit of legendary detective Allan Pinkerton (Timothy Dalton), who's been hired by the railroad to bring the boys to justice. Ali Larter ("Heroes") co-stars.

Parents need to know that this movie features a great deal of western-style violence, with many injuries and deaths. There are several shoot-outs and major characters are killed, including a parent. The main characters are robbers who kill when they must to get away with the money. There is some strong cowboy language, including mild references to prostitutes. A scene takes place in a saloon, and a boy takes a drink.

Lots of action violence, characters in peril, many killed.