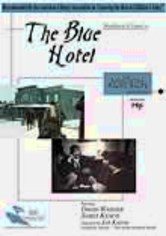 1977 NR 0h 55m DVD
Based on Stephen Crane's 1899 short story about a Swedish immigrant who provokes a senseless tragedy in a frontier Nebraska hotel, this installment of the "American Short Story Collection" raises the central question of responsibility in the face of prejudice and examines the lax morality of settlements in the American West. Features David Warner, Rex Everhart and James Keach. Henry Fonda hosts, and Jan Kadar directs.