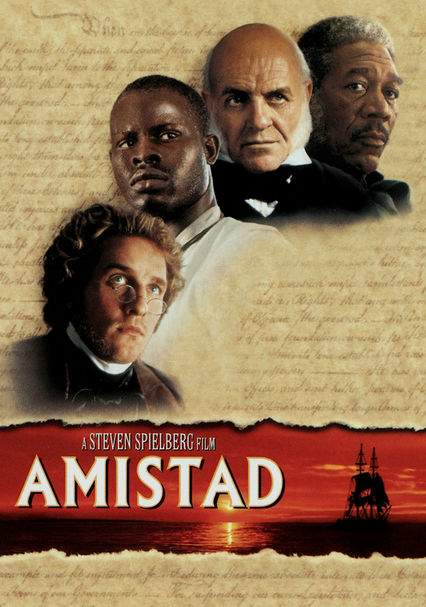 1997 R 2h 35m DVD
An African-born slave leads a mutiny against his brutal captors, but because the ship is in American waters, a U.S. court must decide the slaves' fates. In an eloquent courtroom speech, ex-president John Quincy Adams argues for the Africans' freedom.