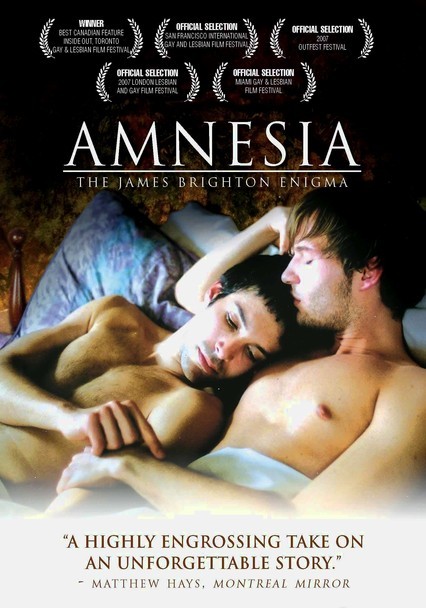 2005 NR 1h 30m DVD
When James Brighton (Dusan Dukic) is found beaten and naked on a park bench in Montreal, he has no idea who he is or how he got there -- all he remembers (eventually) is his name and that he's gay. Now, he's determined to learn the truth, but as increasingly disturbing details emerge, a community that initially supported him begins to doubt his veracity, wondering whether the whole incident wasn't just a clever hoax carried out by a callous con.