An Enemy of the People / The Wild Duck 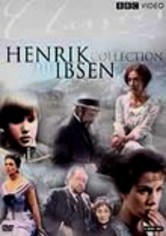 An Enemy of the People / The Wild Duck

1971 NR 3h 7m DVD
The BBC presents adaptations of two Henrik Ibsen plays. In An Enemy of the People, when Dr. Tom Stockman (Robert Urquhart) discovers that the new baths in his small town are contaminated, his efforts to warn his fellow citizens are met with hostility. In The Wild Duck, Gregers Werle (Derek Godfrey) becomes involved with the secretive Ekdal clan and discovers that patriarch Hjalmar (Denholm Elliott) relies on facade to keep his family together.