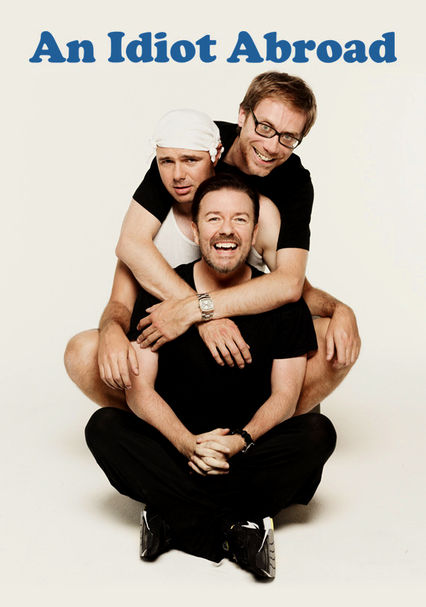 2010 TV-14 2 seasons
In a twist on the travelogue genre, comedian Ricky Gervais sends his "idiot" friend Karl Pilkington to a series of exotic locales around the world. The result is an amusing social experiment that forces Karl to confront his cultural hang-ups.

When Ricky Gervais and Stephen Merchant send their unsophisticated friend Karl Pilkington around the world, he runs up against unexpected local rituals and cuisine, surviving in the Amazon jungle and much more in this comedic series.

Ricky Gervais and Stephen Merchant help their friend Karl Pilkington complete tasks from his bucket list: except the experience is never as easy or as fun as it seems. Gervais and Merchant find ways to arrange a few surprises along the way to keep things interesting.

Parents need to know that this comedic travel series follows a sheltered, narrow-minded man in a journey around the world to capture his discomfort and ignorance for the sake of humor. Although his viewpoint is played strictly for laughter, kids may pick up on his perspective as a viable way to view the remarkable diversity and beauty present across the globe. For older kids able to understand the humor, the series presents a clever travelogue of some amazing locations with a healthy dose of laughter.

Use of gateway language such as "damn" and "hell," as well as British slang such as "bloody," and "shat" -- occasional stronger words bleeped out.

The show focuses on one man's inability to understand the cultural differences of others, and his narrow-minded comments are played for laughs. On the other hand, the fact that the series routinely mocks his narrow viewpoint actually supports and encourages diversity.