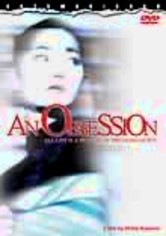 1997 NR 1h 49m DVD
Japanese director Shinji Aoyama helms this shadowy crime thriller, following the trials of a police detective whose life changes forever when he's injured in the line of duty. Hit by a stray bullet during a typical patrol, Detective Saga (Ryo Ishibashi) all at once loses his health, his job and his family. But in the ensuing drama, he becomes the prime suspect in a grisly murder investigation. Can he clear his tarnished name before it's too late?