An Occurrence at Owl Creek Bridge 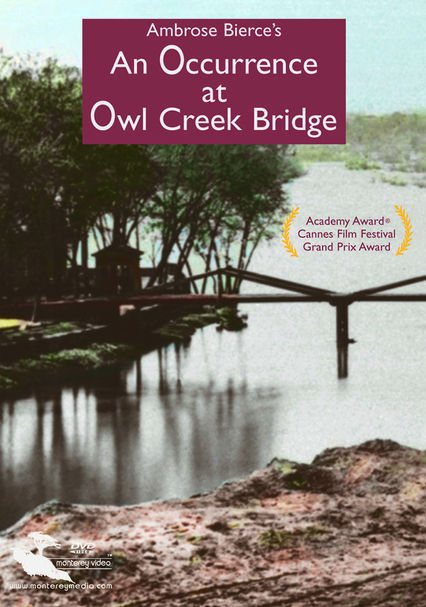 An Occurrence at Owl Creek Bridge

1962 NR 0h 25m DVD
A Confederate sympathizer condemned to die by hanging gets a lucky break -- literally -- when the executioner experiences technical difficulties. French director Robert Enrico helms this award-winning live-action short that claimed top honors at the Oscars and Cannes, a film based on a well-known Civil War story by Ambrose Bierce. The piece would later air on American television as a special episode of "The Twilight Zone."