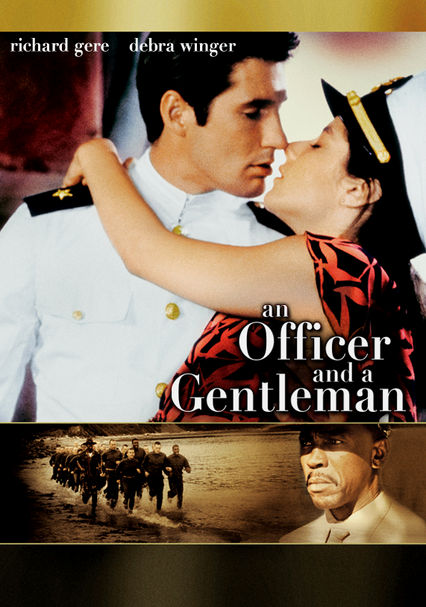 1982 R 2h 4m Blu-ray / DVD
Dreams of being a Navy pilot prompt Zack Mayo (Richard Gere) to enroll in officer training school, where he runs afoul of a drill instructor (Oscar winner Louis Gossett Jr.) who senses the cadet's loner instinct and aims to school him on the importance of teamwork -- or break him in the process. In the meantime, Mayo romances a working girl (Debra Winger), ignoring warnings to steer clear of the local lasses out to bag hotshot Navy flyboys.

Parents need to know that this film contains some brief nudity (female breasts and buttocks, male buttocks) and explicit sexual dialogue. The military training sequences involve homophobic and racial slurs as well as fistfights. Several of the female characters are depicted as trying to get soldiers to impregnate them. Characters drink heavily. In addition, one of the main characters commits suicide.

Suicide is a main storyline and there are several scenes depicting graphic fighting in the context of military training.

A lot of drinking, but there is discussion of consequences.