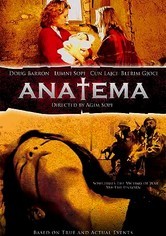 2006 NR 1h 33m DVD
This harrowing drama set in the war-ravaged Balkans chronicles the efforts of Croatian reporter Ema Berisha (Lumnie Sopi) to locate her long-lost daughter. Unable to care for her infant -- the product of rape by Serbian forces who rousted the refugee camp where Ema was hiding -- she grudgingly puts the baby into an orphanage. When Ema's American colleague (Doug Barron) returns to postwar Kosovo, she enlists his aid in finding her child.