Ancient Mysteries: Guardian of the Ages: The Great Sphinx 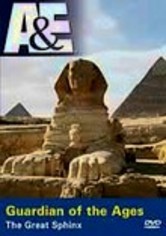 Ancient Mysteries: Guardian of the Ages: The Great Sphinx

1996 NR 0h 50m DVD
While the Great Sphinx of Giza is one of the world's most recognized ancient wonders, so much about this puzzling half-man, half-beast sculpture remains a riddle. Using the magic of computer animation to re-create what the Sphinx originally looked like before the desert sands wore down its massive features, this installment of "Ancient Mysteries" also posits a few theories about whose face might be carved on its looming head.