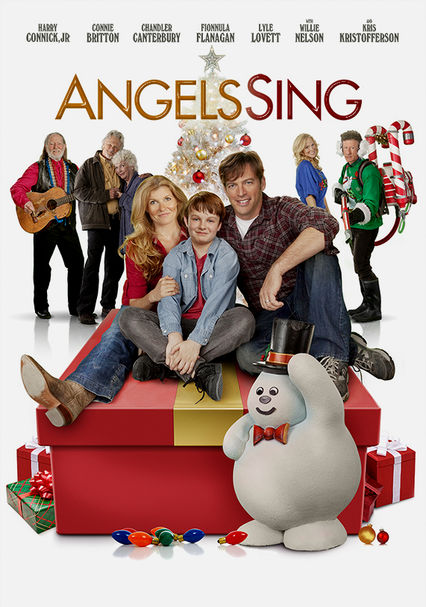 2013 PG 1h 30m DVD
December 25 holds no joy for Michael Walker, whose brother died on Christmas decades ago in a tragedy Michael still blames on himself. After purchasing a house in a yule-mad neighborhood, however, Michael begins to see beyond his own sadness.

Parents need to know that Angels Sing is a family-friendly holiday film about finding your Christmas spirit. The music-centric film features a star-studded cast, including Willie Nelson and Lyle Lovett. Although there is a little scary stuff with two characters dying in accidents, everything is behind the scenes and no graphic violence is shown. And, with no sex, little bad language (one "damn" in a song), and only one vague reference to alcohol, the film is OK for tweens and up.

Two characters die, including a main character, though both deaths aren't actually shown on-screen. Another main character is injured in a car accident.

"Damn" is used once in a Christmas song.

Besides the main positive message of holiday spirit and cheer, Nick teaches Michael about family: "What ties a family together? It's not the blood, it's not the same last name -- it's the memories."

Although Michael tries to argue that Christmas has become an example of excess consumerism, his family and new neighbors show him the real meaning of Christmas.

One character shows up to Thanksgiving with a bottle of tequila in hand, but no mention is made of it and no one is shown drinking it.