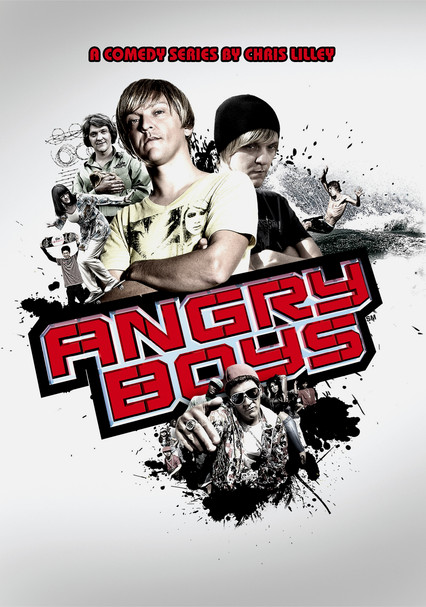 The multi-talented Chris Lilley brings to life six disparate characters, ranging from 17-year-old Australian twins to a Japanese stage mother, in a mockumentary about the state of modern family angst that's as thought-provoking as it is hilarious.

Parents need to know that this program mines laughs from strong, unbleeped language -- ranging from gay slurs like "faggot" and "lezzo" to "s--t" and "motherf--ker." There's also some light violence, including reenactments of violent incidents, and some sexually charged terms and gestures, along with blurred-out nudity.

Descriptions, stills, and reenactments of gang fighting, etc. One character gets shot in the testicles, and there's a graphic photo of the injury. There's also minor bullying and teasing, but characters don't usually get physical.

Both teens and adults use racial slurs and derogatory terms (like "retarded" or "fag" or "darkie"), typically without any correction or consequence.

A few brand names are mentioned, including the iPhone.

Characters talk about drinking or spending time in bars, but nothing really happens on camera.