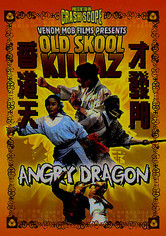 1979 NR 1h 28m DVD
It's payback and then some when a martial arts expert named Hoa (Dragon Lee) goes after the underworld pimps who murdered the father of his girlfriend. The kung fu combat is as brutal (and accomplished) as it gets in this blood-soaked action film in which the fighting is fast and furious. Lee, a master of the fighting style, is considered by many to be heir to the mantle of kung fu legend Bruce Lee. Liu Yueh-Lin directs.