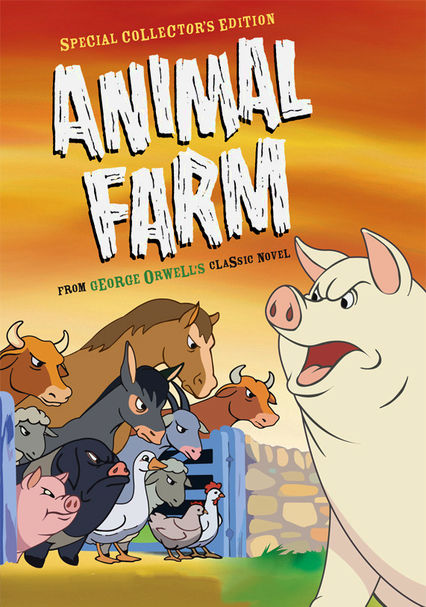 1954 NR 1h 12m DVD
Adapted from George Orwell's bitingly black satirical novel of the same name, this full-length animated film employs farmyard animals to depict the foibles that are inherent in modern political systems. The pigs of Manor Farm stage a coup against their cruel master (they're rebelling against substandard conditions in their sty) and attempt to establish a prosperous new regime, only to learn that absolute power always corrupts -- absolutely.