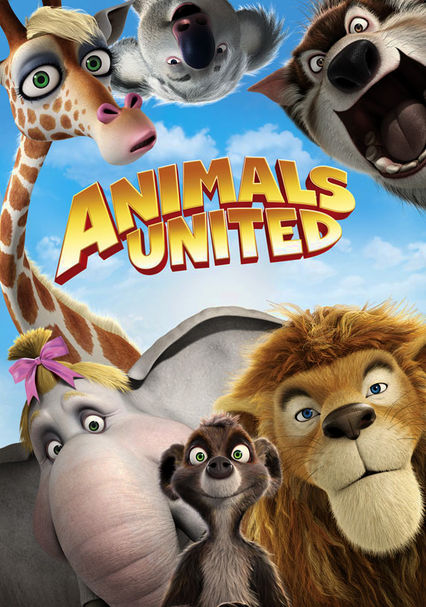 2010 NR 1h 33m DVD
When their water disappears, a group of animals in the African savannah sets out on an incredible journey to find a new source. Soon, they discover that humans are hoarding the water to use at a luxury resort.

Parents need to know that Animals United is a standard wild animal adventure with some gun violence -- a lion remembers when his brother was shot and killed by a hunter -- and some animal-on-animal skirmishes (the buffalo and rhinos go head to head). Language includes some insults like "dumb," "idiot," and the word "hell," and if you stay through the credits, there's a short glimpse of a koala drinking a beer in a bar. But the movie's messages are positive and encourage viewers to be more environmentally aware and attempt to help endangered animals and protect natural resources.

Winnie and Winston have been together for ages and talk about how much they love each other.

The buffalo and the rhinos butt heads (literally). Socrates the lion recalls when his brother was shot and killed by a hunter. An elderly tortoise dies peacefully ("She has taken her last breath," her partner says). A hunter maniacally tries to kill a bunch of animals. A group of animals descends upon a resort, wreaking havoc and scaring the guests.

There's a strong environmental message in Animals United. The animals explain how humans have made a lot of decisions that have hurt animals, the climate, and the environment in general. The movie's main message is that we all share the same Earth.

During the end credits, a koala bear is seen drinking beer in a bar.