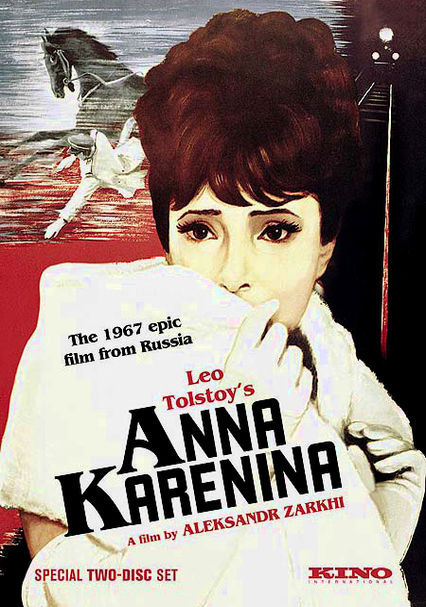 1967 NR 2h 16m DVD
Leo Tolstoy's epic drama involves a love triangle that defies social order when the married title character, Anna (Tatyana Samojlova), starts an illicit affair with a soldier. Separated from her son and isolated from her upper-class peer group as a result, Anna pays a high price for her infidelity in director Aleksandr Zarkhy's 1967 adaptation of the classic Russian novel.