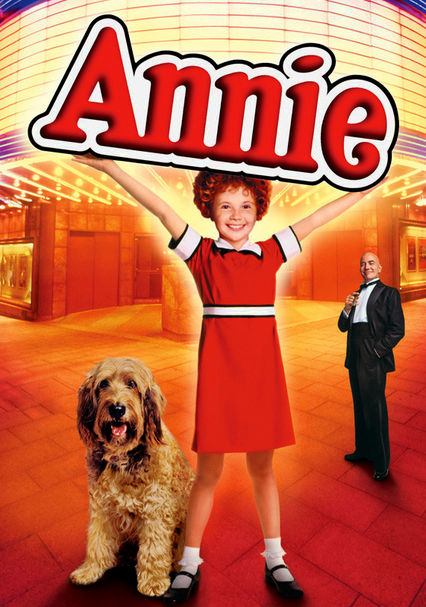 1982 PG 2h 7m DVD
Based on the Depression-era comic strip "Little Orphan Annie," this adaptation of the smash Broadway musical follows America's favorite urchin as she captures Daddy Warbucks's heart with her optimism -- and dodges the treacherous orphanage matron.

Parents need to know that Annie is the 1982 version of the popular radio show, comic strip, and Broadway musical. Overall it's a charming and entertaining movie for the whole family. But for families sensitive to scenes of drunken behavior, it's important to note that Miss Hannigan (played by Carol Burnett), the caretaker of the run-down orphanage where Annie lives, is often (comically) intoxicated, slurring her speech and clutching bottles of liquor. There are also occasional references to sex ("make hay," "tumble in the bundle"). Cartoonish violence pops up from time to time: A "Bolshevik" throws a lit bomb into Daddy Warbucks' office, and Annie hangs from a bridge after getting chased by the bad guys. And there's some uncomfortable stereotyping in the form of the Punjab character. Still, what emerges overall are the unforgettable songs and the plucky determination of Annie as she goes from rags to riches.

A "Bolshevik" throws a lit bomb into Daddy Warbucks' office. Mrs. Hannigan often shoves the children around. Some peril -- Annie hangs from a bridge after being chased.

"Goddamn." Children are referred to as "pig droppings" by the antagonist.

Depicts the American dream of rags to riches through determination -- in both Annie and Daddy Warbucks. Families can be based on more than just blood relationships. Loyalty and friendship are themes.