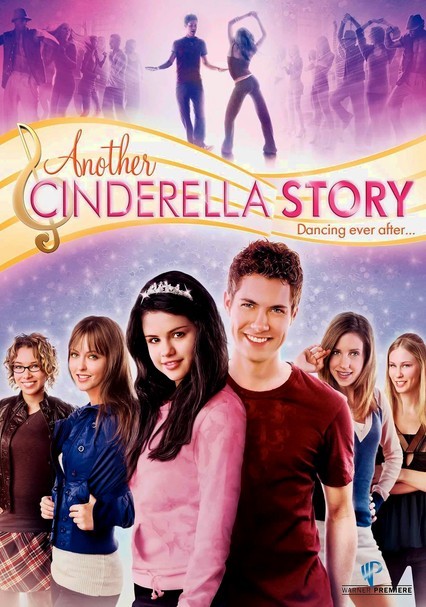 2008 PG 1h 32m Blu-ray / DVD
After dancing with an enchanting mystery girl at a high school masquerade ball, teen pop sensation Joey Parker is smitten. When she inexplicably flees at midnight, Joey sets out to find her -- no matter what it may take.

Parents need to know that tweens will want to see this movie because it stars Disney Channel darling Selena Gomez, star of the TV show Wizards of Waverly Place. Compared to High School Musical, the dance moves are just slightly sexier, and there's a little kissing between teens. Also, girls fawn all over a teen heartthrob to an embarrassing extent, even rubbing up against him suggestively in public. A Zune music player figures prominently in the plot, and the wicked stepmother likes her martinis. The mean behavior directed at the main character is typical of her Cinderella role and played as over the top for laughs.

A couple of kisses between teens. Girls -- and some boys -- fawn all over teen singer Joey Parker; one girl kisses him in the school hallway, another asks him if he wants to make out, and others rub up against him and embarrass themselves to get his attention. Mary and Joey hang out alone together in her room and almost kiss on her bed. A mention by Dominque that some talk-show hosts had grabby hands. Some slightly sexy dancing moves.

A mention that Mary's mother, who was one of Dominique's dancers, died before Dominique took her in. A couple of empty threats by Tami to the twin "step sisters" and Dustin in defense of Mary. Someone falls off a stage and ends up with two broken legs.

Pretty mild. One "damn," and someone says "frickin'" a few times in a row.

Not the helpless heroine message you usually get from Cinderella stories.

Dominique likes her martinis and always seems a little inebriated; she embarrasses herself at parties and passes out one night. Adults drink at dinner.