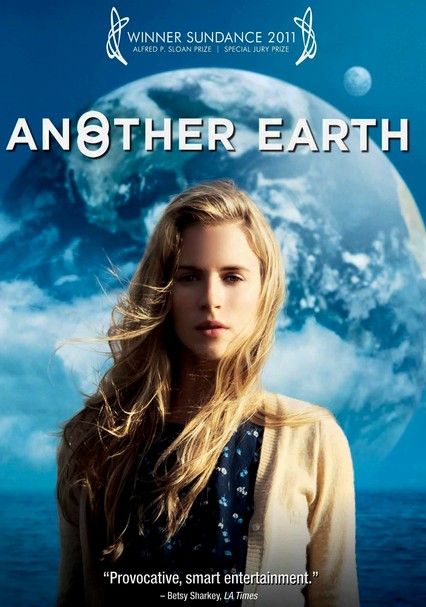 2011 PG-13 1h 32m Blu-ray / DVD
After a strange Earth-like planet is discovered, astrophysics student Rhoda accidentally slams her car into the vehicle of John, killing his family. In time, Rhoda and John begin an unlikely romance, but Rhoda begins to wonder about the other planet.

Parents need to know that this downbeat, low-budget indie drama (with sci-fi undertones) revolves around a severe drunk-driving accident and the two survivors' ensuing attempts to get through life. There's some teen drinking, as well as sporadic drinking throughout and mentions/brief images of drugs. The central car crash has some graphic images, with blood and dead bodies (including the body of a little boy); viewers can also expect threats, yelling, a suicide attempt, and a brief attempted choking. There's one sex scene (no nudity), and one scene in which the main character lies naked in the snow (only her rear end is shown).

The movie begins with a terrible car crash with blood and dead bodies (including the body of a young boy). The main character tries to kill herself. Some shouting and arguing, and, in one scene, a man briefly tries to choke a woman. A secondary character is seen in the hospital, the result of having poured bleach in his ears.

The main character spends her time trying to figure out how to move on from a terrible accident, dealing with guilt and hopelessness, as well as small moments of hope. She finds her best chance through compassion and selflessness.

The main character does a Google search and almost buys a package of Gummi Bears.

The main character gets into a serious drunk driving accident, though she's not shown to have a drinking problem. She drinks wine later in the film. The movie begins at a party, with brief flashes of teens drinking (and possibly doing drugs). Another major character seems to be drunk much of the time, though he's not seen drinking; viewers see half-empty bottles around his house. A teen boy mentions "getting high."