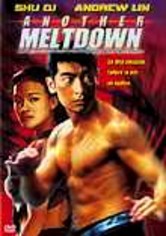 2003 R 1h 32m DVD
A tough cop on the Chinese police force is kicked off the squad for ignoring orders during a plane hijack operation and transferred to Lavernia in Eastern Europe. A stranger in a strange land, he finds himself embroiled in a conspiracy between the Chinese, Russian and Japanese governments that threatens to tear his world apart. Enter a childhood girlfriend (Shu Qi), who fled both him and China after the Tiananmen Square uprising.