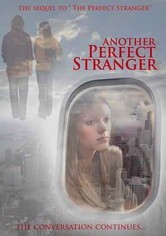 2007 NR 1h 30m DVD
Jefferson Moore reprises his role as the titular stranger in this sequel to 2005's The Perfect Stranger, picking up the story 10 years later as Nikki Cominski's daughter, Sarah (Ruby Marie Lewis), is debating whether to attend art school. On her way to look over the campus, she befriends a fellow traveler whose scorn for religion matches hers. With Sarah at a spiritual turning point, he may hold the key to her future.