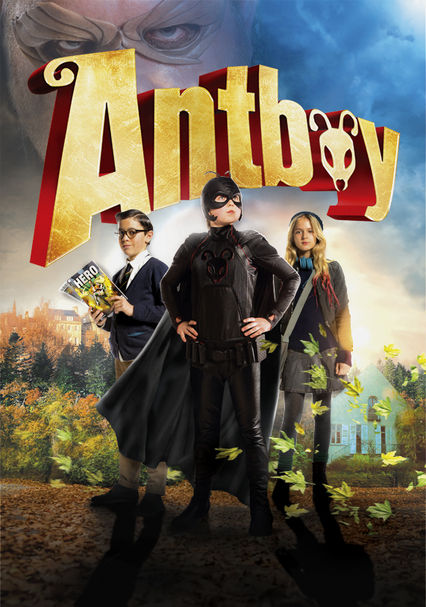 2014 PG 1h 17m DVD
After being bitten by an ant, 12-year-old Pelle acquires mysterious new powers and elects to develop his very own superpower identity, Antboy. He also shortly learns that another local superpower, The Flea, is spoiling for a confrontation with him.

Parents need to know that Antboy is a 2013 Danish movie about a tween boy who becomes a superhero with the strength and agility of an ant. Although it's mostly a quirky and entertaining movie, there are some moments of iffy humor; for example, when Antboy learns that his urine is now corrosive just like an ant's, he uses this ability to urinate on locks. There's also some bullying from students, and in one scene a PE teacher is verbally and physically aggressive with Pelle/Antboy as they fight in the gymnasium with pugil sticks. There is mild profanity ("damn") and some superhero-style violence and peril. Overall, this based-on-a-book-series film teaches valuable lessons on friendship and doing the right thing for the right reasons.

Two kids physically bully other kids in school. A PE teacher physically and verbally bullies a boy during an athletic competition in a gymnasium. Some superhero-style violence and peril.

Themes of friendship, of being true to yourself, and of performing acts of heroism not because they'll garner popularity from your peers but because it's the right thing to do.