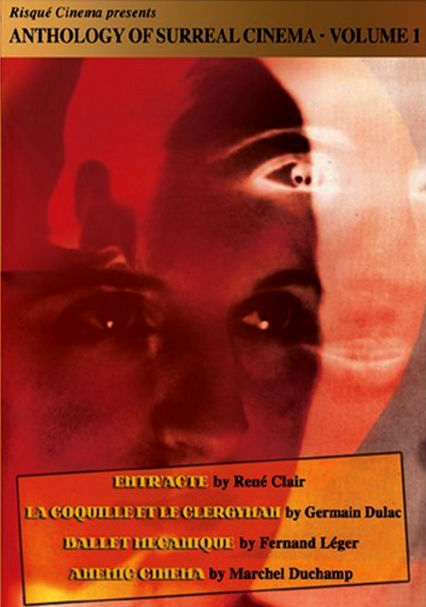 1924 UR 1h 5m DVD
Some of the most famous names in the French surrealist movement, such as Man Ray and Marcel Duchamp (founder of dadaism), contributed to this rare collection of four short, silent black-and-white films made in the early 1920s. Included is "Entr'acte" from director René Clair, Germain Dulac's "La Coquille et le Clergyman," "Ballet Mecanique," directed by Fernand Leger, and Duchamp's "Anemic Cinema."