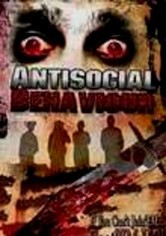 2007 NR 1h 30m DVD
Ever since suffering a traumatic incident as a child, misfit Jakob Kelser has lived alone and shunned the world around him. But when a gang of teenage hoods makes him a target, the years of Jakob's pent-up rage will be unleashed in bloody violence. Now, no one in his neighborhood is safe from his unstoppable thirst for vengeance. David Watkins and Posy Brewer co-star in director Vinson Pike's chilling tale of a man pushed too far.