Any Friend of Nicholas Nickleby Is a Friend of Mine 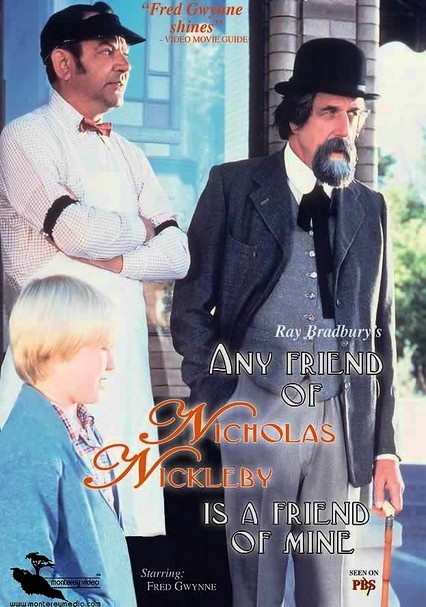 Any Friend of Nicholas Nickleby Is a Friend of Mine

1982 NR 0h 55m DVD
Ray Bradbury serves as narrator in this made-for-television adaptation of his short story by the same name, following one boy's magical experiences in a small town of the 1940s. When a mysterious stranger (Fred Gwynne) rolls into town, claiming he's the one and only Charles Dickens and that he's working on his next great novel, 12-year-old Ralph Spaulding (Brian Svrusis) befriends him -- and subsequently turns his back on everyone else.