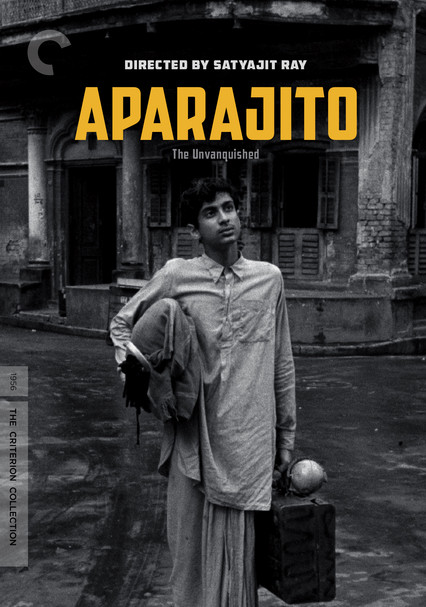 1957 NR 1h 51m Blu-ray / DVD
In this second film in director Satyajit Ray's Apu Trilogy, Harihar takes wife, Sarbajaya, and son, Apu, to live in Benares after the destruction of the family's home. Harihar ekes out a living reading sacred texts by the shores of the Ganges River. When Apu leaves to attend college in Calcutta and his father falls ill, Sarbajaya learns to cope on her own while wishing her son -- who seems to have forgotten about her -- was still home.