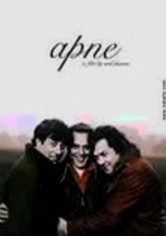 2006 NR 2h 35m DVD
A washed-up boxer turns to his children to win the glory that eluded him in the ring. One son gives up his musical career and becomes a champion boxer, but when he's seriously injured, can his older brother bring home the title instead? And is the sacrifice of both sons worth it? This touching exploration of love, disappointment and obsession stars Dharmendra, Sunny Deol, Bobby Deol, Katrina Kaif, Shilpa Shetty, Kiron Kher and Victor Banerjee.