Apocalypse Africa: Made in America 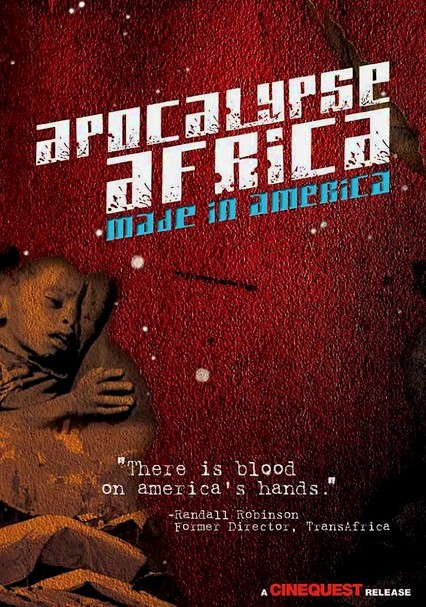 Apocalypse Africa: Made in America

2008 NR 1h 12m DVD
Journalist Del Walters's documentary explores secret recordings, classified films and other archival evidence that suggest the United States' involvement in the downfall of Africa, including genocidal wars in Darfur, Uganda and Rwanda. Through top-secret data, hidden documents and other sources obtained from government archives, this film reveals links between the destruction of Africa and those who influence American foreign policy.