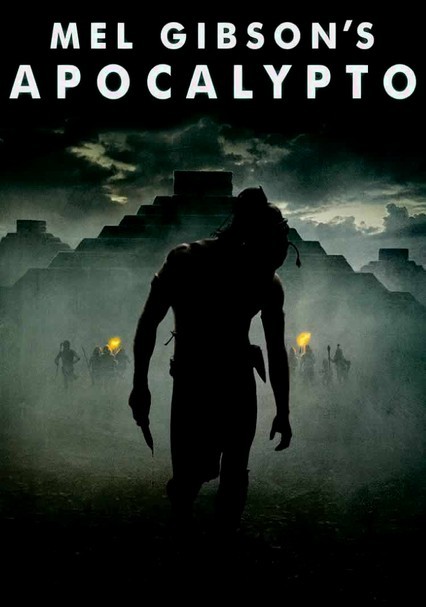 2006 R 2h 18m Blu-ray / DVD
The end of the Mayan civilization anchors this action-adventure set just before Spain's conquest of Mexico and Central America. When an invading force threatens his peaceful existence, a courageous native risks everything to protect his way of life.

Parents need to know that this relentlessly brutal, subtitled action film isn't for kids. It features extreme and repetitive violence, including suggestions of rape (screaming women who are dragged off screen). But the greatest viciousness is directed against male bodies: Men are tortured, beaten, cut, kicked, thrown to the ground, speared, shot with arrows, beheaded, and cut open while they're still alive (their cut-out hearts appear in close-up). A man's throat is cut in front of his son, heads are set on sticks as totems, and a jaguar attacks a man and rips him to pieces on screen. A pregnant woman and her young child are left stranded in a dangerous situation, leading to some very tense moments; other children are left to fend for themselves when their parents are taken captive, and a young girl with smallpox (her face marked with open sores) is shown crying next to her mother's corpse. A man's alleged impotence is the source of some humor. One subtitled use of "f--k."

Gory violence is explicit and almost non-stop, in some form or another. An early hunting scene sets the tone when a tapir is abruptly killed and cut open. Bloody assaults (rape is implied in some cases); weapons include spears, knives, arrows, poison darts, spiked traps, and other tools. Men are chased, hit, kicked, knifed, beaten, speared, cut open (their hearts are cut out and held up in ritual sacrifice while they're still alive), and beheaded (this is also graphic, with heads and bodies falling down a long staircase with loud thuds). Frequent shots of injured, bloody bodies and faces (including one particularly gruesome scene in which an exposed brain spurts blood). A man's throat is cut in front of his horrified son, and a jaguar rips a man to pieces before being brutally stabbed to death. Frequent deadly peril.

The noble hero must answer brutal, relentless villains with his own form of brutality.